Central SportsPosted on 25th April 2019 Posted in Uncategorised — No Comments ↓

Read this great, and informative post by Jamie Johnston at The Massage Therapist Development Centre. They are many more great articles to be found at his website : https://themtdc.com 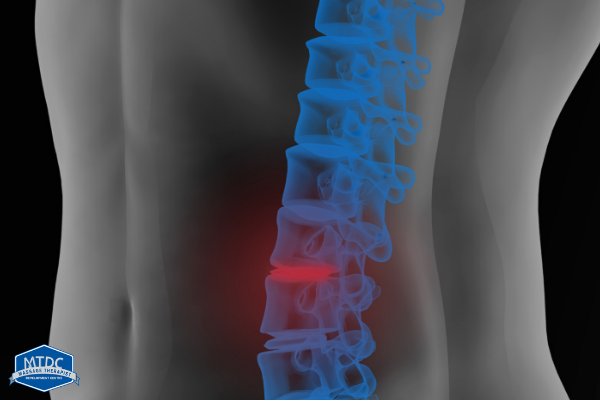 He came in with a look that resembled someone in grief.

I asked if he was okay and his response was a bit surprising.

“I was just told I have a disease which is causing my back pain, as a result, the pain may never go away.”

As I inquired more he told me the diagnosis was degenerative disc disease, which was causing his spine to shrink and as a result, it was causing the low back pain he was experiencing and would now have to seek treatment on a weekly basis just to deal with it.

This once active person (in his 50’s) was now disheveled because of this MRI diagnosis he had been given by another practitioner, he felt hopeless.

Why MRI Is Just One Tool That Should Be Used

Stories like this happen all too often with our patients.

They experience some sort of low back pain, (which usually they have never experienced before) and their doctor or other healthcare practitioner orders an x-ray or MRI and the results seem catastrophic. They are diagnosed with a “disease” or “syndrome” of some sort but aren’t given any really good information surrounding their condition.

While there is a possibility that disc degeneration (DDD) could be a contributing factor to their pain, it’s not as simple as just looking at some medical imaging to get a proper diagnosis.

There are several contributing factors including environmental factors, genetics, and associations with heavy physical work, lifting, truck-driving, obesity and smoking (smoking has been found as a risk factor for pain and DDD) found to be the major risk factors. However, these do not point to a clear pattern between degeneration and clinical symptoms.

Something that doesn’t get mentioned as often, is how this is also simply a part of normal aging. One systematic review points out some interesting facts to show just how much this happens. When looking at 3110 images of asymptomatic people the review showed:

And all of these individuals weren’t experiencing any pain!!

Another study showed changes in the disc at multiple levels were more common in the elderly (in this case above 60 years) as well as other degenerative changes around the facet joints, ligamentum flavum, and disc bulges.

Even though degeneration has been seen in the younger population as well, there is little correlation between radiological findings and pain. Quite often people whose imaging shows major issues have no pain and those who present with minor signs experience severe pain.

Unfortunately, many of these people are referred for surgery (usually a spinal fusion) which eliminates motion and can lead to degeneration of adjacent parts of the spine. Another part of the problem here is this only addresses a symptom, not the cause and the surgical outcomes are not great. It is also important to note that 70-80% of people who have surgical indications for back pain or disc herniation recover whether they have surgery or not.

These surgical referrals usually happen because imaging has been used as a diagnosis, rather than just a tool used in the process. This isn’t to say imaging shouldn’t be used, but it should not be the only thing used. Overall we see the association between MRI findings and DDD are unreliable, so the importance remains on our clinical reasoning and of course, patient history as well as looking for any neurological deficits.

The Role Of Depression

Now that we understand DDD risk factors, it’s age-related changes, and correlation with pain there is another factor we need to look at.

In a three year study looking at veterans who were asymptomatic with low back pain, they were given repeated MRI’s over this three-year span. The researchers made a point of not telling the participants the results of what they saw as they didn’t want the patients to alter their symptoms by becoming sensitized to trivial issues or amplifying their symptoms.

Imaging findings varied, some discs were less severe, or even normal, and some became worse. The study concluded that central stenosis, nerve root contact, and disc extrusion were the most important imaging findings that may be risk factors for future back pain, however, protrusions were not a risk factor.

But, the strongest predictor for low back pain was depression.

Of those who self-identified (and were being medically treated for it) as having depression, their pain scores were greater at EVERY follow-up, whereas the progression of disc changes was only occasionally associated with new pain. Some of the participants also pointed out their activities were limited because of their depression.

As we know (when reviewing the clinical guidelines of low back pain) bed rest used to be one of the main recommendations for those dealing with acute low back pain, but now exercise and movement is the far better recommendation. When we look at discs exercise does not affect them adversely and they respond well to long term loading strategies.

So, think about that patient who comes in and is catastrophizing about the diagnosis they have just received. We know part of what we have to do is provide reassurance, in fact, this is a MAJOR part of what we have to do. Looking at all the information we have just discussed, letting them know that disc degeneration is a part of normal aging, there is little correlation between their diagnosis and pain (unless there are neurological symptoms) and quite often the issue resolves itself without surgery. Could we actually reverse their catastrophizing? Could we also assist this by encouraging them to exercise, even by getting them moving on your table to show that movement is safe? We know that exercise has great results in helping with depression and now we know it also helps with disc health, so aren’t these the things we should pay more attention to rather than focusing on MRI results? I’d say yes…and the research agrees.

Read this blog and many more great posts at his website!